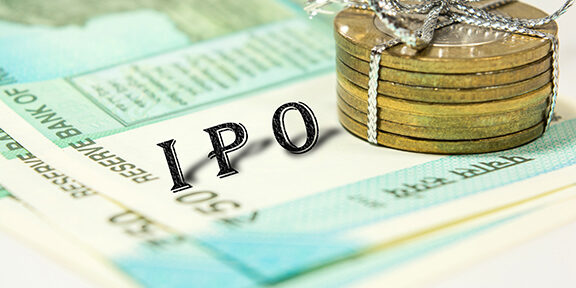 As 2021 draws to a close, investors are spotlighting a surge in IPOs in an unexpected market: India.

A recent report from Ernst & Young highlighted a major bull market in the country. With $9.7 billion in initial shares listed through the first three quarters of 2021, it’s a market boom unlike any other before in India. IPO proceeds during this time outpaced proceeds during the same nine-month period over the past two decades.

This IPO boom is coming from all sectors, most notably retail and tech, and it’s happening as Indian markets surge in general. Major indices like the NSE Nifty and the BSE Sensex have been performing better than they have in two years, and all signs indicate these trends aren’t slowing down anytime soon.

To understand a bit more about what’s happening and why, as well as what major IPOs investors can expect next, we spoke with Mr. Vinit Shah, VIKASA’s director of business development in Asia and the Middle East. Mr. Shah recently secured VIKASA’s investors a sought-after allocation in blockbuster IPO Nykaa – one of India’s largest women-led startups. And he’s been heavily involved with the company’s successes in the booming Indian market.

Why Is India’s IPO Market Booming?

First and foremost, what’s happening in India isn’t a surprise to Mr. Shah.

“India has cultivated a strong ecosystem of venture capital in recent years,” he explains. “We are seeing the fruit of this endeavor now. Also, India has been a leader in tech innovation, which creates a strong marketplace.”

This investment in technology and a generally robust venture capital environment has set the stage for a strong 2021. But there are more specific factors that have really caused the momentum to take off.

Markets all over the globe have seen impressive recoveries as the COVID-19 pandemic has eased in 2021, and India has been no exception.

As Mr. Shah points out, India was one of the hardest-hit markets during the pandemic. Its economy shrunk by 7.3% last year. In the second quarter of 2020, gross domestic product (GDP) dropped 24% compared to the previous year. However, GDP grew by 20.1% over 2020 through the second quarter of 2021. Many investors have noted that this indicates a V-shaped recovery is in process.

These signs point to a growing sense of optimism that India is primed for a strong recovery, especially on the heels of the terrible delta-variant surge earlier this year. The eagerness of investors to plunge into the IPO waters seems to reinforce that sentiment.

Still, Mr. Shah notes that the recovery has a long way to go. Second-quarter growth was short of the central bank’s forecast of 21.4%, and not all sectors of the economy are humming along equally.

“Experts are optimistic that India will continue to post strong growth, although some key sectors are still not seeing a rebound,” he says. “Consumer spending — a major driver of growth — is also still lower than pre-pandemic levels.”

India Has Opened the Gates for Foreign Investment

It hasn’t always been easy for foreign investment dollars to find their way into India. But foreign investors have found it much easier to put money into Indian markets in recent years, and this is another factor driving the surge in IPOs.

Mr. Shah points out that India attracted a total foreign direct investment inflow of $27.37bn during the first four months (April-July) of fiscal year 2021-22. And that equity inflow increased by 112% during that time — $20.42bn compared to $9.61bn the year prior.

“We believe India has welcomed the foreign investments with open arms,” says Mr. Shah. Changes like these, along with the  Securities and Exchange Board of India (SEBI) making it easier for startups to file for initial public offering, have made the IPO market that much more attractive for investors.

Retail Investors and Tech Are Surging

These new investors, many of whom are young and tech-savvy, are fueling the rise in tech IPOs. Tech startups alone raised $8.8bn through IPOs in India in the first nine months of 2021. Mr. Shah notes that this aligns well with VIKASA’s focus.

“We like the tech spaces, especially companies with proprietary technology that has a global application,” he says. “Unicorns are driving valuations in the market. We are very optimistic and will stay invested in the likes of Nykaa, PayTM, Mobikwik and more.”

The tech sector isn’t the only hot one, though. He also believes that infrastructure, including cement and steel, will see some major investments in the months ahead.

The US and India Are Growing Closer

According to Mr. Shah, there’s one more factor behind India’s growing IPO market: The changing relationship between the U.S. and India. As the trade relationship between the two countries continues to grow and foreign direct investment dollars — from the U.S. to India, in particular — continue to rise, these trends provide a strong foundation for the IPO boom to continue.

“India and the United States continue to grow closer, especially in the face of a common adversary: China,” he says. “As Indo-American relations continue to develop, it will continue to create favorable economics for both countries.”

From January through September 2021, 42 different companies posted IPOs in India. Those IPOs raised about Rs 670bn and included notable firms like Zomato and Glenmark. But that’s only the beginning. According to SEBI, at least another 35 companies had filed to launch an IPO before the year is over. Here are a few of the highlights Mr. Shah is anticipating as the year winds down.

This is the big one that everyone is anticipating. The Indian government owns Life Insurance Corporation (LIC) of India and plans to make between 5% and 10% of the company’s shares public by the end of 2021. As Mr. Shah points out, a 10% stake in LIC thus represents somewhere around Rs 1.2–1.5 lakh crore ($16.2–$20.2bn). Because this could crowd out private companies from the equity market, he anticipates the government may make a smaller 5% share available initially, with a follow-on public offering later.

“LIC is by far the most awaited IPO in the Asian markets,” he notes. Investors expect it to raise around $9bn through primary markets out of the gate.

In September, the Department of Investment and Public Asset Management (DIPAM) appointed 10 merchant bankers, including Goldman Sachs (India) Securities, Citigroup Global Markets India and Nomura Financial Advisory and Securities (India), to manage the IPO. Although originally planned for this year, the IPO is now expected to happen in the early months of 2022.

VIKASA invested in this e-commerce company, which made its initial IPO on November 11. Investors were impressed by its strong start, which saw it surge as high as 77% over listing price. In a recent interview with “The India Express,” veteran stock dealer Pawan Dharnidharka commented that, “The recent bumper listing of Nykaa shows the investor frenzy in IPOs, which can offer good money to investors on listing.” With its listing on the heels of a strong marketing campaign this year, this promises to be one the market will continue to watch.

Data analytics firm Latent View received record bids worth Rs 113,000 crore, the best ever in the history of the Indian primary market. The company is one of India’s leading data analytics service providers due to their expertise in advanced predictive analytics and data engineering. With data and analytics leading business strategies and spending decisions across industries, the Chennai-based company is positioned to serve clients across the U.S., Europe and Asia.

Fintech firm Mobikwik represents perhaps one of the most anticipated IPOs of 2021. The firm, which specializes in mobile payments and Buy Now Pay Later (BNPL) systems, plans to raise up to Rs 1,900 crore in its initial offering. No official date has been set for the IPO.

India’s largest digital insurance marketplace, PolicyBazaar, is owned by PB Fintech. A highly anticipated IPO, it made its market debut on November 15, trading at 17.35% above listing price. The company’s revenue grew by 34% between FY19 and FY21. Its initial offer consisted of Rs 5,600 crore.

The IPO of New Delhi-based digital mapping company C.E. Info Systems, commonly referred to as MapmyIndia, was met with robust response by investors as it was subscribed 154.71 times on the final day. The company is a leading provider of digital maps which cover 6.29m kilometers of roads in India, representing more than 98% of the country’s road network.

Ride-hailing firm Ola rounds out Mr. Shah’s list. Its Rs 7,300 crore IPO is expected to hit the market by the end of the year or early in 2022. The company announced its first-ever operating profits for last fiscal year, which ended in March. That comes despite a rough year for ride-sharing services, so it bodes well for Ola’s upcoming IPO. The company’s valuation is expected to land at $12-14bn.

Keep Up With India Markets

Indian IPOs — and Indian markets in general — have had a strong 2021. Mr. Shah and other investors have high expectations for the year ahead, anticipating that India will continue to pose a great opportunity for both IPO and early-stage investors. With that in mind, VIKASA plans to grow our presence in the region next year by investing in anchor funding rounds to fuel even more startups moving forward.

VIKASA Celebrates Earth Day 2021 by demonstrating our commitment to a sustainable future
April 22, 2021