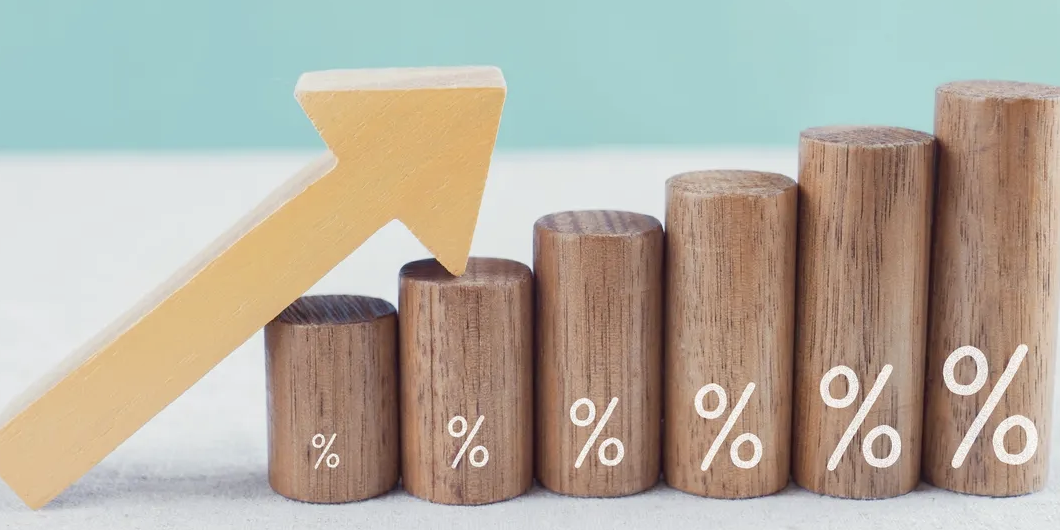 Neutral Rate: Where does it lie and can it be predicted accurately?

As we entered 2022 with calmness of overcoming two years of global pandemic induced hardship, the world witnessed the start of Ukraine-Russia war and a new fear gripped world markets. Investors had not fully priced a war scenario but nonetheless seem confident of overcoming it with the ultra-loose monetary policy of the Federal Reserve in the USA and other central banks in the developed world. This confidence didn’t last long as the Fed Chairman announced a raise in rates to tame inflation which then rattled markets across the globe.

Most central bankers in the US and Europe agree that rates must rise to tackle soaring inflation. The debate is how high the Federal Reserve would go to break the back of inflation without jeopardizing growth. Many economists argue for a neutral rate while some advocate going further north.

What is the Neutral Rate exactly?

What drives the Neutral Rate?

The neutral rate of interest is driven by the supply and demand for savings. The below chart compares the neutral rate of interest, the real interest rate expected to prevail when the economy is at full strength and inflation is stable, with the actual Federal funds rate. The federal funds rate is the interest rate that banks charge each other to borrow or lend excess reserves overnight. 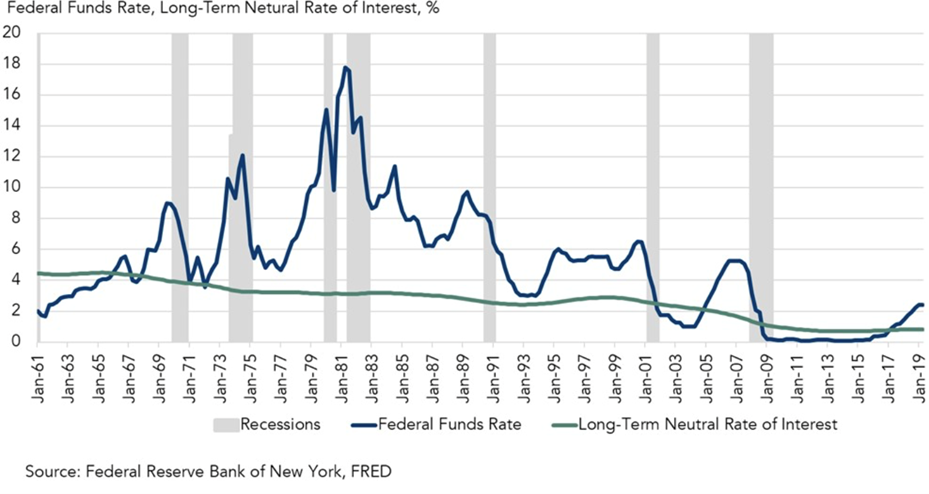 It can be observed that the Federal funds rate is more or less at the same level as it was in 1960s but the neutral rate is at a historically low level. This clearly shows that there is excess savings in the global market.

There are several factors impacting the supply and demand dynamic of savings in the US economy.

The US economy expanded at an average of just 2.3% a year since the recession caused by the 2008 financial crisis of 2008 ending in June 2009, which is well below the 3.6% annual growth rate during the 1990s expansion and the 4.2% growth rate in the 1980s expansion. This is partly because the workforce is expanding at a slower rate. Retirements accelerated during the recovery, while younger folks preferred to stay in school longer, making them less likely to work. The workforce has grown just 0.5% a year, on average, for the past decade — barely one-third the pace of its growth in the 1980s and 1990s expansions.

Low productivity growth means businesses are less likely to seek capital for investment opportunities. This decreases the demand for capital, hence the price of capital – interest rates – declines as well.

Economist Alvin Hansen coined the term “secular stagnation” in the 1930s, post the Great Depression. He used it to describe a chronic lack of demand for investment relative to capital supply. In this context, “secular” refers to the long-term nature of the stagnation. In current era, secular stagnation refers to a long period of high global capital savings relative to low demand for capital investment. An economy characterized by high capital savings, but low investment demand, means the price of capital, the neutral rate of interest, goes down.

The US economy is more interconnected globally than ever before. It is supported by a complex network of supply chains for the production of goods and financial markets that are connected in near real-time. One outcome of this globally connected financial market is that when uncertainty increases globally, the demand for safe harbor assets, e.g., U.S. treasuries, increases. Thus, global uncertainty creates a flight to the safety and security of U.S. government long-term treasury bonds, which increases the supply of capital domestically in the US and drives down the neutral rate of interest.

Where lies the Neutral Rate of Interest? The Fed, The BoE and The ECB have their own numbers and reasons.

Monetary policymakers and markets are trying to assess where lies the neutral, level of rates, i.e., the optimal point where an economy is neither overheating nor being held back. But after almost more than a decade of tepid inflation and ultra-low borrowing costs, no one is sure what it looks like. The risk is that policymakers get it wrong and let inflation jump out of control by keeping rates too low, or trigger a deep recession by increasing too much.

US Federal Reserve Chair, Jay Powell, has said he hopes for a “soft landing,” but warned that raising rates might cause “some pain.” Bank of England Governor, Andrew Bailey, has talked of a “narrow path” to rein in inflation without sending growth into reverse direction. Christine Lagarde, President of the European Central Bank,  said “the challenges we still face are many”.

The neutral rate, where price pressures cool and output is near capacity, cannot be rightly measured, only estimated. It is also a moving target. Before 2008, it was thought to be about 5% in advanced economies. The Fed thinks it is now between 2% -3%, when inflation is at 2%. It raised interest rates by 50 basis points to 1% at the last vote and is expected to increase borrowing costs by another 50 basis points at each of the next two votes, leaving them on track to hit the range this year.

The BoE believes neutral is lower in the UK. Its forecasts show inflation persistently overshooting the 2% target if interest rates remain at 1%, but falling short of this goal if rates rise to 2.5%. That suggests it believes the right level lies somewhere between the two ends.

Officials are increasingly worried neutral might not be enough. Economies are running so hot that rates will need to put on the brakes. Inflation at multi-decade highs, on either side of the Atlantic, could prove stickier than hoped. This could force them to tilt the economy into a deep contraction, just as Fed Chair Paul Volcker did in the 1980s when he raised the federal funds rate to 20%.

Krishna Guha, formerly of the Fed and now vice-chair at Evercore ISI, said the question for all central banks was: “Will you be forced to go beyond the neutral rate, even if you have to come back down once inflation is tamed?”

Chair Jay Powell said that the Fed “won’t hesitate at all” to raise rates above neutral if inflation remains high, adding that officials do not know with “any confidence” where neutral is.

Figures released May 20, 2022  showed UK inflation soaring to 9% in the year to April. The BoE, which has raised rates three times this year, is under huge pressure to step up its response. Michael Saunders, one of the bank’s hawks, said it would need to move “relatively quickly towards a more neutral stance” but gave no hint about whether it would need to increase rates beyond that.

President Lagarde has made clear the ECB, which has yet to raise its deposit rate from minus 0.5% but is expected to do so for the first time in a decade in July, aims to “normalize” rather than “tighten” policy, moving towards the neutral rate but not beyond it. Her comments last week signaled the bank was in less of a rush than the Fed to reach neutral, saying: “The normalization process will be gradual.” But Dutch central bank head, Klaas Knot, became the first senior ECB official to raise the prospect of a half-point rise in July, rather than the quarter-point that is widely expected. 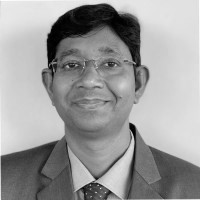 Mr. Soumen Das serves as Director, Capital Markets & Investments, a position he’s held since June 2021. Mr. Das previously worked as a SPAC IPO Manager for Explorer Acquisitions LLC, a serial SPAC sponsor, initiating and successfully completing seven SPAC IPOs raising over $2.5 billion and creating nine SPACs of cumulative size $2.5 billion which are due for IPO by FY22. Out of the seven SPACs that were IPOs, two successfully completed the De-SPAC process and the target companies were listed on NASDAQ. He is highly qualified on both the operations side, working with issuer counsel and underwriter to complete the IPO prospectus and fundraising at risk capital and the sourcing side completing due diligence, negotiating terms, and coordinating business combination. Mr. Das is a seasoned fundraiser with a proven track record of equity financing across all stages of a company’s lifecycle. Soumen previously served as team leader at Accenture where he spearheaded a $10M project and expertly managed 16 consultant to ensure successful project delivery. He’s also worked with Tata Power as an Engineering Executive. Soumen holds his M.B.A. in Finance from ESADE Business School in Barcelona, Spain and has cleared the C.F.A Level I.

VIKASA Capital Inc. is a diversified financial services holding company leveraging its platform to invest in technology across high growth market segments, including energy transition and fintech. We enable growth and success for our clients, partners and shareholders through deep sector expertise, independent analysis and a differentiated value-added approach.